Where is the Vineyard ?

PICOURNEAU the field is located in the municipality of Vertheuil, the heart of the appellation area “Haut-Médoc AOC”, covering less than 500 hectares and in the immediate vicinity of the most prestigious appellations of Saint-Estèphe and Pauillac. The name “Haut Médoc” comprises some fields classified ‘Grand Crus’ in 1855. 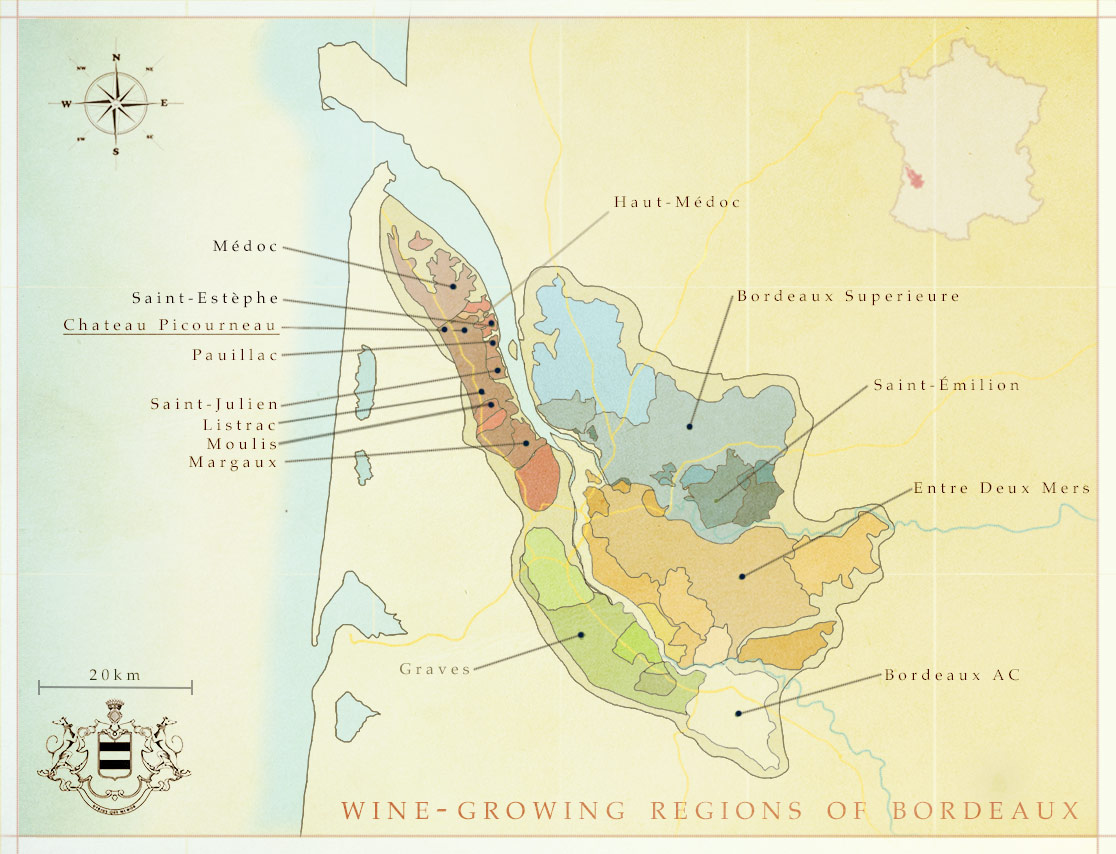 Our soil, our land, our grape varieties

On a clay-limestone subsoil, a sandy-gravelly soil with a thickness varying between 30 and 60 centimeters supports the growing of vines and the development of quality red wines.

An area of over one hectare falls under the decisions of the Cellar Master, and uses traditional grapes of the Haut-Médoc :
– Merlot, (75%) which brings, flexibility, roundness and fruitiness
– Cabernet-Sauvignon (25%) of delayed maturity that gives the wine its power, its tannic structure and aging potential.

Respect of the terroir and the vines

The yield is still considered as an indicator of quality in wine production. A modest yield is often the result of an old grapevine without massive use of chemical fertilizers.
In Haut Médoc, the maximum authorized yield per hectare is reviewed annually and is usually between 50 and 55 hl/ha. In 2013, Chateau Picourneau Malvezin produced only 36 Hl for an area of 1.03 Ha.
Abandonment of chemical weeding in favour of traditional plowing. We accept the grass and its associated life in the vineyard. The vine is treated moderately in reaction to the onset of diseases. 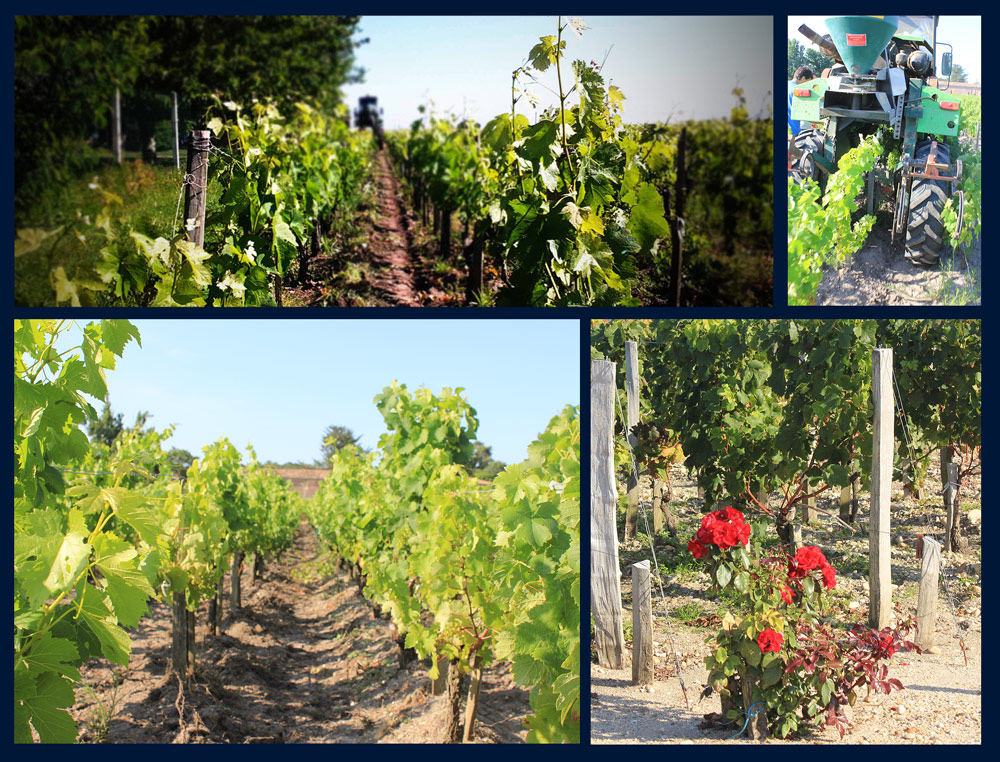 Besides being very nice to look at the rose has a specific function: to prevent the winemaker of the occurrence of oidium, a disease caused by a fungus nearly as destructive as mildew. The rose is more sensitive than the vine mildew, it will be his first victim, informing the winemaker of an imminent attack on the vines.
Another explanation, more traditional: formerly the rose planted at row ends served as a signal to the horse, which would see the roses and reflexively turn to engage in the next row.

The grapes are picked at optimum ripeness exclusively by hand. Two manual sorting are also done in the vineyard and in the winery to eliminate sour grapes, rot, leaves, snails etc. The harvest is also a Haut-Médoc working tradition of friendliness and fun, lasting two and a half days.
Our irreducible team of pickers are always ready to open up to new goodwill !

The wine is immediately transferred to barrels after the alcoholic fermentation.

These barrels are exclusively from a local cooperage “http://www.bordeaux-tonneaux.com/”

Wood is a noble and expensive material, after a cycle of three vintages, the barrels are recycled: they are stripped and sanded to take on a second life.

No Chaptalisation, nor filtration

We refuse to artificially increase the potency of wine by adding sugar during fermentation. The potency  varies from one year to another depending mainly on weather conditions (precipitation and sunshine).

We avoid filtering the wine to avoid losing the natural flavours